“Kimchi or dumplings” -these were the two things Uwa suggested we make together when I suggested we cook while doing this interview. Her choices possibly inspired by the Korean series she’s been watching a lot of recently.  She loves the storylines because she feels they’re not conventionally predictable…and are a tad complex.

She’s a coffee lover as well, so when we decided we weren’t cooking anymore, we were going to have it done at a popular coffee shop. This didn’t work out either so we ended up at one of her favourite places instead; her house, on her bed.

Uwa is resilient and vulnerable at the same time; she’s also very open about her opinions on life, as well as everything she has been through. In this interview she speaks about growing up, coping with her parents’ divorce and even offers advice on how she feels parents can help children cope better.

Uwa: I was weird, quiet and in a bubble.

TLR: Why do you think that was?

Uwa: I grew up in an emotionally abusive home. My dad is narcissistic.

TLR: Could you please talk about what you mean by growing up in an emotionally abusive home?

Uwa: I don’t think I was a planned for child. I was the child that got the least. Birthdays weren’t celebrated. My parents never came for events I had- like sporting events; they only came if my little brother was involved.

No one ever really paid attention to me- because I was quiet. I never really had any needs that were considered legitimate, until I fell ill.

TLR: How would you describe yourself now?

TLR: How did you find out that your parents were getting a divorce?

Uwa: I found out in my 3rd year. When I got into university, I never used to go home on weekends or holidays. I was travelling out of the country every holiday. On this random weekend when I wanted to go home, I called my mum. She was like, “I don’t live there anymore.” I was like, “What does that mean, did we move?” She said, “No, I moved out.”  I asked if she was in school for the weekend (she’s a teacher) and the response was, “I left your dad…I didn’t tell you? We’re getting a divorce, it’s in court already.”

At that point I was really close to my mum, so I kind of felt betrayed. I assumed that she would have told me something as big as that. My mum and I used to talk almost every single day. For some weird reason, she thought she had told me that she was getting a divorce when she hadn’t; this was four months after the proceedings had started.

I went home that weekend because a part of me wanted to believe it wasn’t true. When I got home, I went into their room and my dad was alone. My mum had moved all her stuff out. My dad didn’t say anything about it; he just acted like nothing had happened.

TLR: What do you feel was wrong with how you were told about the divorce?

“I had these christian friends that said, ‘If you pray about something and you want it then God will give it to you,’ so I was praying that they wouldn’t get a divorce.”

I think the least they could have done was to call a meeting and whoever was initiating the divorce could have said, “I can’t do this anymore, I need to leave. When I’ve moved out completely and I’m on my own, you’re free to come over.” If they had carried us along from the beginning, I probably would have had closure; I probably won’t be as hurt as I am now.

TLR: So you’re still hurt about the method with which you were told?

Uwa: I think I’ve moved on from being hurt about the method because they’ve actually gotten divorced now, it’s not like they’re still just separated- they’re divorced. There’s no going back because now they’re both remarried.

TLR: Going by what you’re saying, it’s important for parents who are getting a divorce to keep their kids in the loop throughout the process, so they can handle it better.

TLR: What was your reaction immediately after you heard and the period following?

Uwa: I was in shock for while and I had this roommate who was working in a law firm during that period. The law firm she was working at was handling my parents’ divorce.

She came to me and told me she saw the case file, she asked if it was my parents’. This was after I found out but at the time, I didn’t want to tell anyone. I had these christian friends that said, “If you pray about something and you want it then God will give it to you,” so I was praying that they wouldn’t get a divorce. This wasn’t because I was happy with them being together, it was because I didn’t see myself being happy if they were separated. My roommate telling me was how I knew for sure that it was real and I needed to come to terms with it.

After that, I became suicidal for about a year and a half. I stopped going to church, I didn’t believe in God. I became an atheist basically. My grades dropped significantly in the span of one year, and with law, you can’t come back from that. 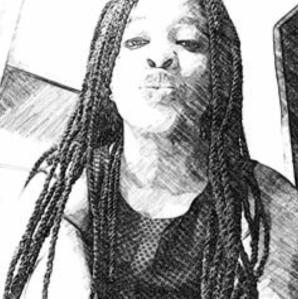 TLR: The period you were suicidal, were you able to talk to anyone about what was going on?

TLR: Was there anything that helped you cope- that took you out of the headspace you were in?

Uwa: Yeah. During that period someone in my family asked if she could adopt me.  I’ve always lived in fantasies so I had this fantasy that she was my real mum. If she was going to adopt me, she’s a millionaire so I would have been happy to be adopted. I would have had a better life, but that didn’t happen so…

TLR: Looking from the outside there may be a misconception that because you were an adult when it happened, it should have been easier to handle than it might have been if you were younger. How true do you think this is?

Uwa: I think that if my parents had gotten a divorce when I was a child, I would have grown to be a more confident woman. I would have been less emotionally damaged than I am now. This has nothing to do with my parents fighting; it has more to do with who my father is- a narcissist. If he wasn’t in the picture and say, I just knew I had a father somewhere, I think I would have been a stronger human being in general. I have siblings that didn’t grow up with my dad, but they’re stronger than those of us who did; so maybe I would have been better off. I think people who come from single parent families are stronger than people who come from dysfunctional two-parent homes.

I feel that my parents’ divorce affected everything in my life. I look at myself now and think- “Who would want to date or marry me?” I’m damaged and I’m not damaged in a physical way that can be overlooked. I’m damaged emotionally and this will affect any relationship I have with anybody. Even some of my friendships have been damaged because I’m not “emotionally normal” anymore.

“There was a time I went to see my mum and she told me, ‘Don’t become wayward just because I left your father. Most girls become wayward when their parents get a divorce and if that happens, I’ll be blamed.'”

When my parents had issues, I thought, “If it’s not working, get a divorce already.” But they didn’t. For some weird reason, they would fight and then make-up. Now I’m thinking, if you went as far as celebrating 25 years together, why get a divorce after you’ve come so far, you might as well stay together till the end.

TLR: Knowing what you know now, if you were in the same situation would you have stayed married?

Uwa:  If I was in that situation, I would have left a long time ago. If my parents hadn’t remarried and weren’t happy in their new marriages then the divorce would have been a waste. So in the end I think their happiness now has made everything worth it.

TLR: Are there any other misconceptions about children of divorced parents in the Nigerian society that you would like to address?

Uwa: There was a time I went to see my mum and she told me, “Don’t become wayward just because I left your father. Most girls become wayward when their parents get a divorce and if that happens, I’ll be blamed. Just continue being a decent person.” I feel like there is this misconception that if you’re from a divorced home your  parents are not going to be as “controlling” as they were when they were together.

Then there’s this stigma where people don’t want to marry into your family. Although my sister got married after their divorce, I still feel there are more families in Nigeria that wouldn’t want me married to their sons because my parents have gotten a divorce. But altogether there are more couples that are divorced now than 20 years ago.

TLR: In hindsight, what do you think would have helped you cope better, what resources do you wish you had at your disposal at the time?

Uwa:  I wish I had gone to see a guidance counsellor or a therapist. I wish I had taken a leave of absence in university- I feel like if I had taken time away I wouldn’t have come out with the kind of grades I had. I would have come out with grades reasonable enough to start my life with. I wish I had gotten adopted. I wish I hadn’t taken sides. I took sides with my mum and didn’t talk to my dad for about two years- although this actually helped our relationship because my dad is nicer to me now than he has ever been in my whole life. My dad said he was offended because I took my mum’s side without hearing his own side of the story. I have asked for his own side countless times but he still hasn’t told me. I feel like if I heard both sides, I could have come to terms with it, accepted it, and even learnt from it, because all I’ve learnt from it now is-don’t marry the rich fine boy, marry his best friend. Maybe. 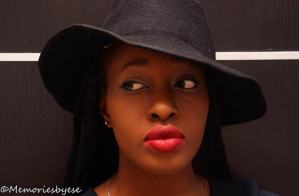 The Living Room is open to interviews on any topic you choose. Interviewees can also be anonymous. Email: loladeniyi@gmail.com

. View all posts by loladeniyi

This site uses Akismet to reduce spam. Learn how your comment data is processed.